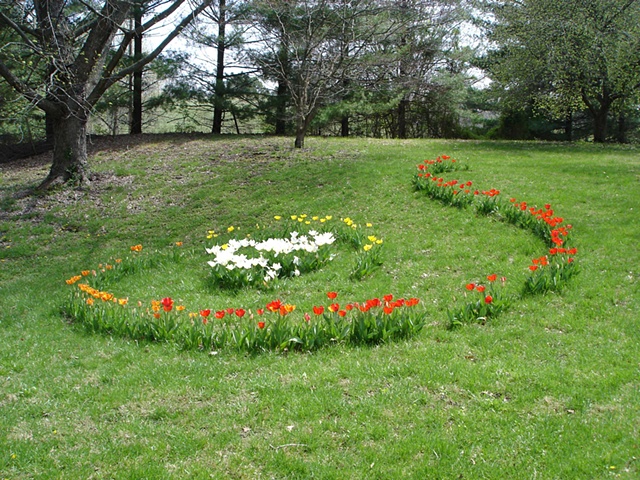 The last of the blooms opened around April 9, 2006. A few days later the deer cleared them all out. I got these photos, at least.