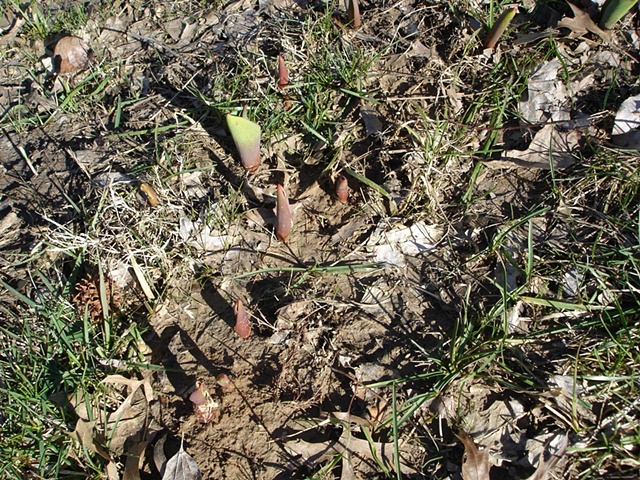 The first tulips broke ground in late February of 2006.