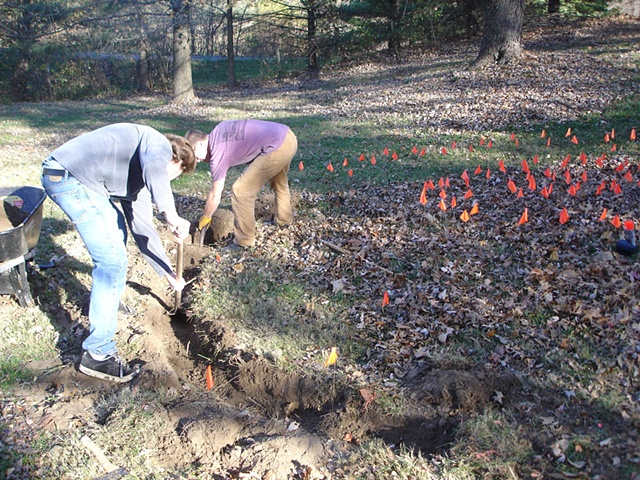 The project was planted on the land of Matt Garrison and Holly Hurt outside of Carbondale, Illinois. Here Matt and his brother-in-law, Kyle, helped me with the bulb planting.